Try to enter your VIN above and see what we have for you, it's totally FREE.
HomeBlogTitle Washing Maserati Moneypit 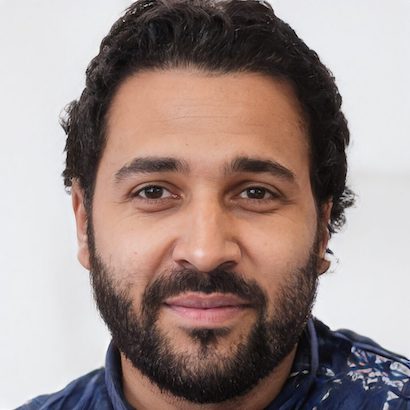 Slipping in behind the wheel of a sleek Maserati GranTurismo coupe is an emotional experience. Styling that’s dripping with sex appeal, a luxurious interior that imbues the driver with a sense of pride, and an engine that commands attention combine to form a dashing but delicate balance of Jekyll and Hyde proportions.

That’s the experience potential buyers are after, but to the uninitiated, there’s a chance that their prospective rolling masterpiece might be hiding a restoration underneath the sheet metal like all those botched classic artworks. On this journey from Italy to America, we’ll see how BADVIN could’ve helped the last buyer of this 2015 GranTurismo (ZAM45VLA6F0129188) avoid spending nearly $50,000 on a car that was destroyed beyond recognition, then sold for just $18,100, and finally dolled up to fool its future owner.

A Pampered Life To Begin Things

The Blu Nettuno Metallic colored coupe we’ll follow is a 2015 model year example originally sold in early 2016 after sitting in a dealer lot for many months. Purchased in New York, the new owner took delivery in April of that year and during the first year of this Maserati’s life, it was driven seldomly. Perhaps a weekend toy, it only counted 1,285 miles of tarmac before having the owner decided to put the car back up for sale a year later in April of 2017. Much like the first time it sat on the dealer lot, it didn’t move quickly and the owner renewed the registration four months later with as many miles added to the odometer. From this point forward the car gets driven again, now more than ever before, perhaps it needed a more regular Italian tuneup. In fact, the mileage gets doubled, up to 2,400 by November of 2017 when it’s still listed for sale, now as a part of dealer lineup. This indicates that the owner might own the dealership itself or is at least one of the higher-ups there. That’s furthered by the next problematic event in this GranTurismos history.

Pride Comes Before A Bad Crash 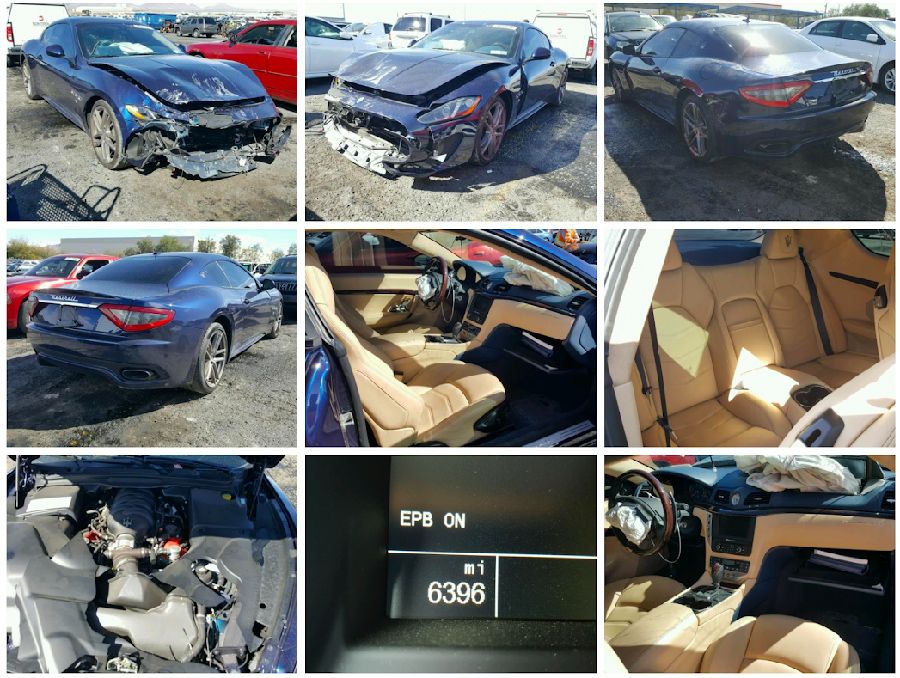 Still listed as “For Sale” on March 7th of 2018, this stunning example of Italian engineering now has a whopping 6,396 miles on the clock, an average of 999 miles each month since we last checked in just 4 months previous, when it’s involved in a serious crash. Deemed a total loss by the insurance company, repairs are estimated at over $60,000. The entire front bumper is gone, the passenger headlight is gone, and the entire driver side of the car has damage to it including the door and rear quarter panel. Both airbags deployed and parts of the car that can’t be replaced like the rear quarter panel require intricate bodywork to repair properly.

Ultimately the insurance company procures the vehicle and then lists it for sale on an online auction website just a month later in May after moving the vehicle itself to Nevada. What happens next is where things start to get far more suspect. 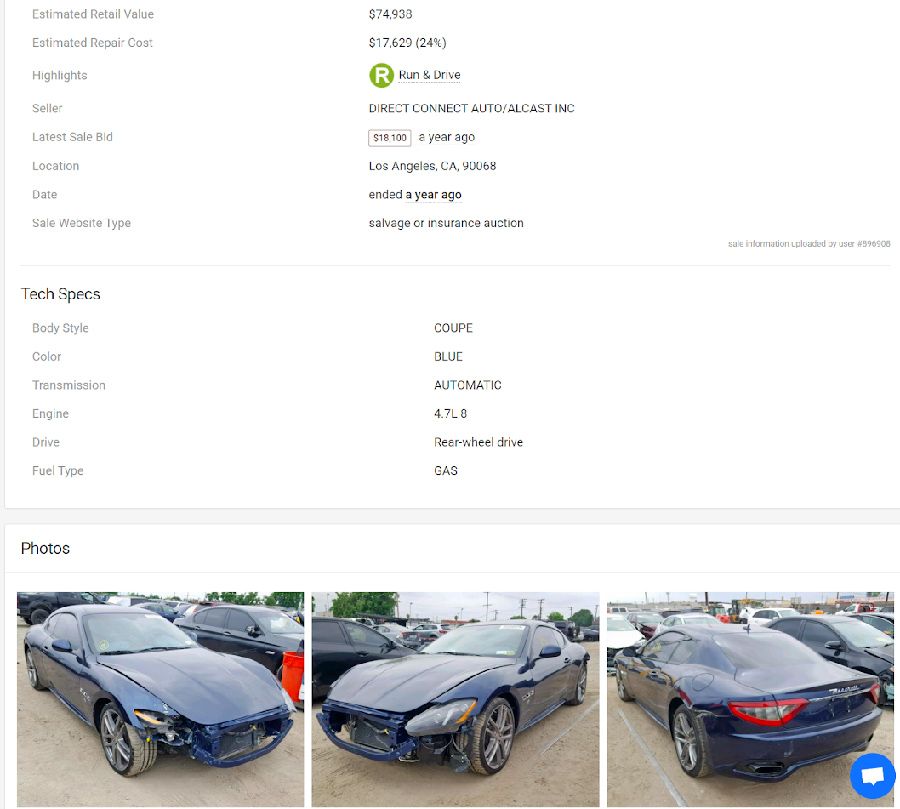 The GranTurismo sits on the auction lot for about a month before being bought for $18,300. Thanks to the detailed records and photographs only BADVIN can produce, we see that over a year later in September of 2019 it’s been cleaned up a little but is still in rough shape. The hood has been replaced, the loose hanging pieces of the front of the vehicle have been removed including much of the wiring harness. Someone has even gone to the trouble of pulling the passenger fender out as flat as possible to help hide the previous damage. The new owner puts the car back up for sale now in Los Angeles, claiming that in total there’s only $17,629 worth of work remaining on the vehicle. Despite their best efforts it sells for just $18,100, even less than they paid for it to begin with before repairing anything. 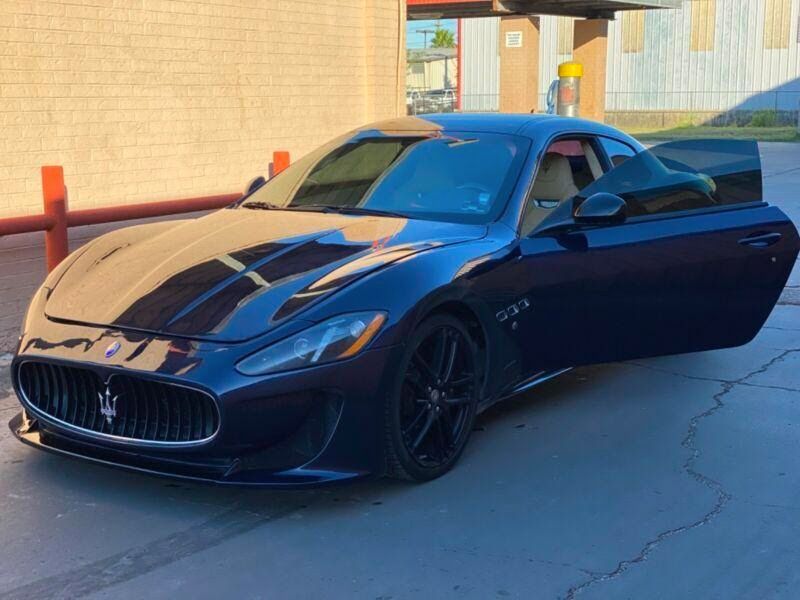 The next buyer takes full advantage of the low price and finishes the exterior repairs. The rear quarter panel is massaged back into the sleek lines it featured before, surely with adequate amounts of Bondo infused under the blue flake paint. The front clip is fully restored on the outside at least with a new bumper, front passenger quarter panel, and headlights. Externally the car looks pretty good with only one flaw that’s noticeable in the seller’s photographs.

Take a close look at the hood and where it meets the front bumper. Initially, it may seem as though the hood is popped, but upon closer inspection, it becomes clear that during the reassembly process they couldn’t quite get these two panels to match up just right. You can see the difference in the photos below of the way it should fit on the left and the way it fits on the salvage GranTurismo on the right. This inattention to detail is the only exterior clue that a buyer without BADVIN would have that the vehicle was so utterly destroyed just 2 years previous to the photograph we see here.

What happens next is the same scheme so many shady characters use to sell cars that have been deemed a complete loss for full price as though they’d never been in an accident before. The person who completed these shoddy repairs and sells the car out of Texas. Scammers do this because as they transfer from one state to another, oftentimes a new title can be procured without revealing the salvage status of the previous title. So the new title in the new state isn’t branded whatsoever and the seller can claim that it’s a “Clean Title” and ask a much higher price. In the new seller’s description of the vehicle, it’s listed for nearly $50,000, and of course, they fail to mention the previous damage. In fact, they describe the car as such “VERY CHEAP Maserati Granturismo Sport... Excellent car...Car is very clean minor details that are easily fixable... Very well priced!!!”.

Considering what we know about the true damage caused to the vehicle and the inattention to detail paid to something as important as the fit and finish of the hood, it’s safe to say that underneath the sheet metal the next owner found a bevy of unmended issues and problems. In fact, this is really a combination of scams, not revealing the level of damage done, intentionally trying to whitewash the title, and hiding the real problems that lie beneath the surface.

Without the high-quality Vin Check that BADVIN provides there would be no way to certifiably determine the truth about this Maserati Moneypit. While other sites might find that it was in fact a salvaged branded sports car, no other company provides clear photographic evidence to empower buyers the way we do. Imagine paying nearly $50,000 for this vehicle only to realize that most any other example in the same price range would’ve had a clean title and none of the problems. Imagine finding out only after forking over that much cash that the person you just paid bought it for only $18,100. With BADVIN you never have to worry that you might find yourself in those shoes.

The full Premium Report for this vehicle is available for everyone for free. Stay informed, stay protected 🚙

Check BADVIN Premium Report for free
Don't miss our other articles in Blog section.
We post every other week about various topics around used and new cars.
Stories about auto fraud, rolled back odometers, former salvage titles and stuff like that.
See other posts
© 2018—2022
Contributors program / Remove vehicle / Terms of use / Privacy policy
[email protected]
The information on vehicles provided here is supplied by third parties; BADVIN.ORG is not responsible for the accuracy of any information. BADVIN.ORG provides all service and materials without representations or warranties of any kind, either expressed or implied. Use BADVIN search and reports along with certified vehicle inspection and test drive. See Terms of Use for more details.